“What I’ve learned is so vital,
More than just survival,
This is my revival”

Bahari and DNCE opened the show. I’ve not hear of Bahari until the night of the show, but they were good. DNCE, featuring Joe Jonas, was a great intro to her show. The audience jumped right up as soon as we heard Cake By The Ocean begin to play. It got loud fast, but I have to say, I felt I was about to go blind with those strobe lights during the opening acts. Haha.

I loved being able to see Selena live in concert again! The beginning curtain drop-down to Revival was insane and a great way to start the show. Whoever was the creative director/stage designer of this show did a superior job, because it definitely added a lot to the experience.

“This night is a celebration” as Selena said.

The sets and backdrops were incredible! The red flowers for Me & My Girls, Me & The Rhythm, and Body Heat were quickly inflated up to the ceiling. Definitely made the show come to life!

Although the set was fantastic, to be honest I wasn’t completely thrilled about this part of the show. I didn’t care so much for it’s overall representation. It gave off a strange vibe, completely opposite of the majority of the show.

I wish should would have preformed some of my favorite songs from her new album, including, Rise and Camouflage. However, I was glad to see her sing Who Says and some throwback songs, as well as a special Hillsong Worship cover, Transfiguration. She was so graceful and did a phenomenal job.

My favorite part of the night was when she was dressed in an elegant silver dress as she sang Who Says, played piano along to her cover of Transfiguration, Nobody, and Feel Me(her new song).

The finale became the ultimate dance party, especially when the red and white confetti exploded off from the stage.

I am so glad I purchased tickets to go to her show. It may have felt like the fastest hour of my life but it was a memorable night!

Photo Credit: Only four of the images are not my own content.(Bahari, DNCE, Opening act of Selena) Source Xcel Energy Center 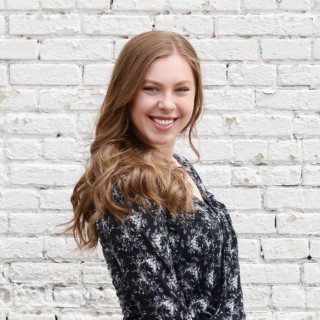 One year ago I knew I needed to start really divin

Celebrated my 24th birthday this past Thursday on

Seek God’s TRUTH: “but those who HOPE in the L

Set an Example of …

TELL YOURSELF THE TRUTH|| …

HOW TO MAKE THE …

How to Further Develop …

The Little Things I’…

5 Mistakes To Avoid Your …

DO NOT LET OTHERS …